There are a wide variety of battery technologies available today, ranging from the traditional lead-acid battery to the latest lithium polymer (LiPo) batteries. For the most part, your application will dictate the type of battery you use. In some cases you may have to decide between battery types when more than one would be suitable for you application.

Batteries seem like they should be easy to use, just hook them up and go. In fact you can usually do just that but chances are you won’t be satisfied with the resulting charge duration or battery life. Batteries can easily be abused if you don’t fully understand their specs. Some battery chemistries are more tolerant of being abused than others but any abuse tends to shorten battery life. Each battery technology has its own unique set of characteristics and many of those characteristics vary based on the environment they are in, how they are used and for rechargeable batteries, how they are charged. To a large degree and for the sake of this discussion, you can model a battery as a fixed voltage source connected to the load through a variable series resistor. There are a number of things such as temperature, load and age that act on this variable resistor to decrease the battery output.

Below are several important things you should know that apply to nearly all battery chemistries: 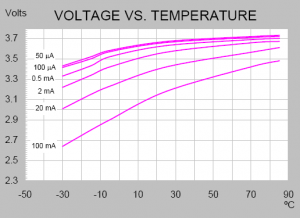 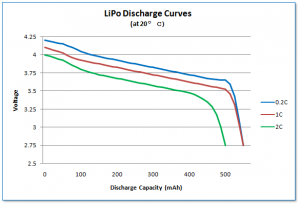